Last week on my Facebook we played the well-known game known as "2 Truths and a Lie". The object of the game is to give three "factual" statements about one's life, two of which are true while the other is false. The other players in the game then try to guess which are which, so you have to give your "facts" with confidence and a straight face. Think of it as a verbal version of the party game, "B.S."

So my three "truths" were as follows:

The responses on which were true and which was false were pretty entertaining, but since I promised to give the answers here it goes! 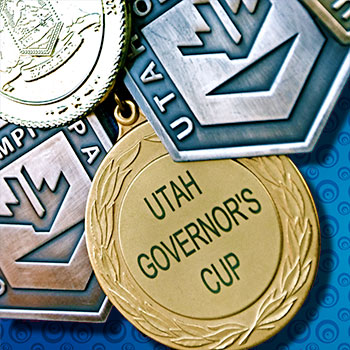 On March 7, 1999 my teammate, Jared Heaton, and I pulled our two-man bobsled to the starting line at the Park City, Utah track. Twelve turns down the course then-Governor Mike Leavitt was giving a speech before a crowd of gathered journalists, camera crews, officials, sport enthusiasts, educators and more. For the past few months shop classes in Utah's high schools had been building 3/4-size bobsleds with the support of Governor Leavitt and Bob Bills, the youth-program director for the Salt Lake Organizing Committee. During a TV interview Bob put the Governor on the spot when he challenged him to drive one of the school-built sleds. How could he refuse? Thus the Utah Governor's Cup Bobsled Race began.

Jared and I pushed our sled off the start block and loaded in. My driving was clean and as soon as Governor Leavitt finished his speech we roared past at about 80 MPH. Pretty cool stuff!

After our "spotlight" run I was paired with one of the VIP "athletes" for the race, Monte Mounga, a sponsor for Tongan bobsled athletes. Monte was dead-set on beating the Governor who would be racing with another sled pilot. Well, I was on-board with that and you know what? We won the race, beating out Governor Leavitt, Mitt Romney and a few others. When they gave us the gold on the medal's podium the official whispered, "You guys better appreciate these medals, they were expensive!" I did and still do.

Growing up around NASCAR, INDY, NHRA and Formula One my family is no stranger to speed (although they still give me a hard time for picking a non-engine sport like bobsled). So when my dad purchased a 1/4-sized dragster we were neither surprised nor afraid. Team Holm Racing was open for business and I drove our "Jr. Dragster" out on the Utah Salt Flatts during Speed Week and at the old Bonneville Raceway. It was a lot of fun and a total bonding experience for our family, but when I discovered bobsled, well...the engine and tires got left behind.

3. I Was Once Threatened With Beheading With a Knife - Half-False 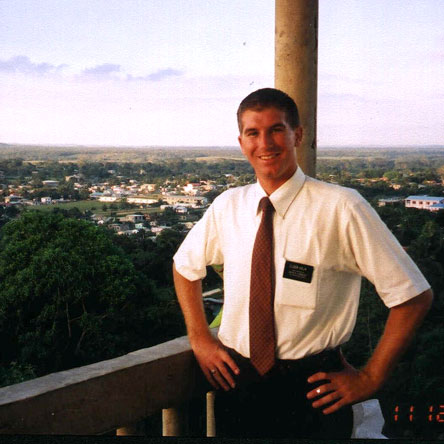 I admit it, this one is a bit of a trick-response as it is only half-false. While serving a full-time, two-year mission for the Church of Jesus Christ of Latter-day Saints (LDS, Mormons) in the country of Belize (Central America) I was actually threatened with beheading but it was a machete, not a knife. I mean, who uses a knife? Then again, who threatens to cut someone else's head off? Well, the drunk guy we ran into sure did. And he wasn't kidding.

As a Mormon missionary you are always paired up with a companion, a teammate if you will, in your labors. Now this experience occurred on the beautiful resort island of Ambergris Caye off the East coast of Belize. One sunny afternoon we were walking to visit a couple that we had been teaching for a few months when we noticed the entire neighborhood was out on the street or on their porches. As we approached a little boy ran up and told us that "Bill" (name changed) had run "Lucy", his girlfriend, off. As we walked towards the front door we felt like the whole neighborhood was watching us, waiting for the "Gringos" to be killed or so.

When we knocked on the door, Bill threw open a window and just glared. I don't think I have ever seen such animosity and animal rage on someone's face before. We tried to calm Bill down and to find out where Lucy went, but things only got worse. He started punching through his windows and the front door. Moments later he glared at us once more and told us he was going to cut our heads off with a machete. Ya, we backed away slowly and then sent the police over. The things you go through as a missionary for Jesus Christ!

By the way, have questions about the Mormon Church? I invite you to find answers here!

So, there you have it, my 2 truths and 1 half-lie! Thanks for playing!

Lessons from Lehi and Joseph Smith

Recently, after binging a bit on The Church of Jesus Christ of Latter-day Saint's Book of Mormon videos, I decided…

Social Media: noun, websites and applications that enable users to create and share content or to participate in social networking.… 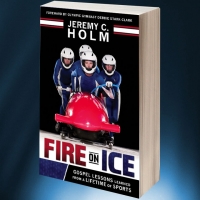 Fire on Ice: Gospel Lessons Learned From a Lifetime of Sport