After gathering up questions from social media outlets, we sat down with him to get answers about bobsled and his latest book, “Fire on Ice: Gospel Lessons Learned from a Lifetime of Sport”

“Where did the ideas for your book come from?”
The basic concept came back in 1998 when I had some powerful spiritual experiences on the ice. Over the years, and during my mission, I started to write down what I had learned about Gospel principles through bobsled. It was a scribble here, a thought there, but eventually I had a long list of topics and relating stories or experiences that I began to flesh out in book format during 2005-2006. The book sat for years until I felt a very strong impression and desire to get it published, so in 2012 I began to rework the manuscript until I felt satisfied and then submitted it to Cedar Fort, Inc. in 2013.

“Why did you write your book?”
I’ve always liked writing. I remember taking a creative writing class way back in like 1991 and the instructors were really impressed with my work. I have had several published writers throughout the years compliment my natural writing abilities and tell me I should pursue it. I used to write these short stories and put my friends in as different characters which they got a kick out of. But it wasn’t until I got back from my mission that I really began to toy around with the idea of becoming a “writer.” The more the ideas came for “Fire on Ice” the more serious I took the possibility that I could do this. I just felt like this book needed to be written. It needed to be written to help share more about my sport, to help others strengthen their testimonies, to help those who may be struggling not feel alone and most of all I felt like it needed to be written to help my fellow singles/midsingles find hope on the path. “How did your journey to bobsledding begin?”
Salt Lake City was officially awarded the 2002 Olympic Winter Games on June 16, 1995, so to prepare for the Games Utah quickly began constructing the bobsled track in Park City. Our sport’s national governing body, the U.S. Bobsled and Skeleton Federation, sent a coach to Utah to begin building bobsled and skeleton programs here. One thing led to another and my dad’s company got involved as a sponsor for the upcoming 1998 U.S. Olympic Bobsled Team. Through the sponsorship Dad was offered a free four-man bobsled ride and he invited me to go with him. I took that first ride on January 25, 1997 and haven’t looked back since.

“How would you describe a bobsled ride?”
Basically if you take your favorite roller coaster and mash it with an F-22 Raptor flight, plus throw in what the astronauts feel on take-off, that is a bobsled ride. It is a thrilling, beautiful, eye-opening experience. It’s hard to describe the rush from the acceleration itself, but as a sled pilot there is nothing like guiding a sled down the track at full speed, feeling the turns whip you around as you transition smoothly from one point to the next. “Do you have a nickname for your bobsled?”
Actually we do, our current sled is nicknamed The Phoenix after the mythical bird that rose from the ashes. We chose this name because as a team we are committed to spreading hope and showing others that you can always rise from the ashes of failure and defeat. 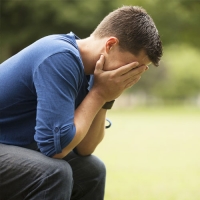 Growing up in Oklahoma, America’s Midwest, I saw firsthand the results of Mother Nature’s terrible might when tornadoes touched down.…